Today has felt longer than it has been, partly because despite all our hopping on and off trains and buses today, Jennifer and I have put in more than our share of kilometers on foot and partly because it has been a day of adventurous misdirection.

We started off with a simple errand to the main post office to mail some letters, but when we exited the U-bahn, we accidentally headed the opposite direction we meant to and wound up circumnavigating several blocks, working our way around the commanding, militaristic Kriegsministerium, a government building guarded by a pair of grim soldiers and a huge mounted counter-revolutionary, with a gigantic double-headed eagle swooping over the rooftop. We ducked down several side streets and past the prettyish Dominikanerkirche before finally discovering the backside of the post office, a block-wide building we then had to find the front of. When we finally left the post office we slipped into a covered corridor looking for an alternative route back and discovered — to our bemusement — the very subway station we’d first exited.

Our errand finished, we headed along the U3 east toward the edge of the city, where we hoped to catch a bus out to the terminus of the Danube Canal and the little industrial inlet called the Alberner Hafen. We knew from write-ups and from Before Sunrise that at the edge of the Alberner Hafen, at the end of a lane and down into a small copse of trees, we would find the melancholy but beautiful Friedhof der Namenlosen — the Cemetery of the Nameless. (I’ve come to prefer the German name for the little cemetery because it’s so much more descriptive: literally translated, it comes out as something like “Peace-yard of the Ones Who’ve Lost Their Names.”)

Along our route, we learned several things:

And so we hiked out, along a paved path raised up from the roadside for several minutes, across a road, and down an interminable grassy lane between a woodchip mill and what looked like some kind of refinery, wondering if our friendly Austrian woman had led us astray, when finally, peaking through the trees and well off the beaten path (literally), we spied the small chapel that accompanies the little Friedhof.

Which is how we learned #4:

Before Sunrise is tricky and ingeniously misleading in its choice of camera angles, because in the film we get the impression that in just a half hour or so Jesse and Celine drift over to the cemetery from town, approaching it from the road and descending the little stairs hugging the chapel. In reality, it takes something in the area of ninety minutes to get out there (if you know where you’re going), and there is no approach from beyond the stairs — the only way there, from the direction Jesse and Celine would have traveled, was along a rutted country lane between two factories, through a gated ditch, and across the delivery drive of a working refinery. Such is the nature of film, I suppose.

Once inside, though, the cemetery does become eerily quiet. It sits in a shallow depression surrounded by trees, so it seems to block out all the racket of industry and rests in a timeless solitude, the chalk-drawn plaques of the “nameless” beneath the crucifix gravemarkers solemn but somehow inviting. We spent a good half hour in the cemetery, walking among the graves and noting the few names discovered, straightening fallen flower pots, and saying silent prayers. On one grave I found a decapitated teddy bear, the head rolled face-down nearby, and I replaced the head on its lonely body atop a grave. It was a deeply meditative moment for Jennifer and me both, and very much worth the long, confusing trek it took to find the place.

Almost two hours later we made it back into town and stopped in the heart of the Innere Stadt, at Stephansplatz. We grabbed a quick bite of cake and coffee at the Café Diglas then braced ourselves for the mammoth cathedral that is Stephansdom. I had two missions in mind for the day, the pair of them somehow symbolic: I wanted to climb the 343 steps of the south tower to view the city from above, and then descend into the cathedral’s catacombs to explore the subterranean tombs. Peak and nadir, bustling city and slumbering dead . . . . The dichotomy appealed to me. But by the time we’d clambered nearly dizzy up the narrow spiral staircase and then down again—the whole way down dodging gangs of wild teenagers recently released from school—we were both so exhausted that the idea of the catacombs seemed overwhelming. Besides, when we’d first arrived I narrowly missed the scheduled tour (despite Jennifer’s reverently hushed calls that it was leaving without us) because I was busy setting up a photo of a floating crucified Christ, and when we finally got back down from the tower we narrowly missed the next tour. We decided we’d had our share of cemeteries for the day and opted out of waiting around for an hour to catch the next tour.

Instead, we hit the atmospheric but miniscule (there were only two and a half tables and three stools!) American Bar just off the Stephansplatz for a quick cocktail and an inside peek at a building by Adolf Loos, one of Vienna’s most important architects. The room was almost smokily dim, with ochre-painted glass blocks covering all the lights and the few small chandeliers fitted with what looked like 10-watt bulbs, but instead of feeling claustrophobic, it felt cozy, like the downstairs den of someone’s home.

After the American Bar, we drifted down the Kärtnerstrasse to the Franziskanerplatz, where in Before Sunrise Celine and Jesse enjoy a coffee from the tiny Kleines Café and get their fortunes told by a gypsy. No gypsy for us, and with the cool evening of autumn, the café was a strictly indoors affair, and it was barely larger than the American Bar and twice as crowded, so we contented ourselves with the ambiance and with studying the looming statue of Moses.

Tired as we were, we decided to ride the U-bahn across the Innere Stadt to check out the Sigmund Freud Park and the beautiful twin-spired Votivkirche, which we’d been seeing and photographing from almost everywhere in town since we got here and which Jennifer has been especially keen to see. It’s under restoration and is closed on Mondays, so we didn’t get to go in, but we enjoyed the evening in the park and the beautiful lights on the façade. Still, by now our feet were aching and we needed to grab a dinner before we headed to a concert, so we trekked back to the hotel.

Our evening was unexpectedly capped by the invitation of a costumed music student hocking tickets outside the Stephansdom. As part of a practicum for his studies and as a fund-raiser for a local repertory of classical musicians, he was selling seats at an intimate “parlor concert” by the Vienna Residence Orchestra, a tiny troupe of classical musicians, opera singers and ballet dancers that perform in the historic Palais Auersperg, where the boy Mozart gave early performances for royalty. It was a short, simple affair clearly marketed toward tourists (the bulk of the audience arrived on two huge tour buses), but we enjoyed getting dressed up for an evening out, we knew we’d need to get to some music-related event sooner or later, and the setting was rather appealing — just a small gathering to hear a small group perform some simple, classic pieces by Mozart and Strauss. For the most part the performances were quite good — nothing stellar, but solid and proficient, with a rather dedicated solo violinist and a delightful soprano. The ballet dancers seemed superfluous, though, not because they lacked talent or technical merit but because their stage was so tiny they had little room to do anything but showy vertical jumps and poses. Jennifer did enjoy watching them attempt their maneuvers on the small stage, though, since with every jump or twirl the young man nearly slapped, kicked, or toppled into the solo violinist — she was delighted by the facial expressions of the violinist as he ducked or reeled away from the ballet while trying to maintain composure and his music; she affectionately called the whole scenario “cartoonish,” which is as apt as it gets, really. Still, the fact that the ballet dancers never did hit the musician seems a great compliment to their prowess in their art! So, in all it was an excellent evening out and precisely the thing we needed to unwind after a very, very long day. 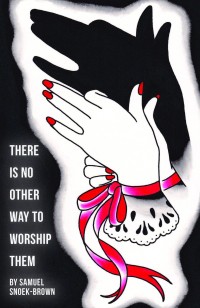