The jobs we do become the stories we write. That old axiom, “Write what you know,” might as well be “Write what you’ve done.” I’ve been thinking about that as I work on an essay about setting in fiction, because part of that essay talks about how the places I’ve worked become places in my fiction. But the place is just the noun, and today I’ve been thinking about the verb, the work I’ve done in all those old jobs. That’s partly because people have been asking me lately about the places I’ve worked, and partly because some writers I know have been talking about their working backgrounds on Facebook. 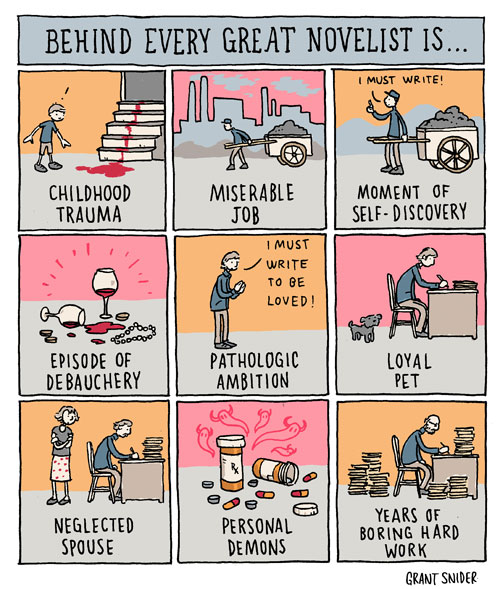 This list is in the order I first worked the job. Some of these overlapped, and a lot of these I came back to again and again (teaching and writing and editing, for example, all three of which I’m still working on now). So read the list in terms of when I first started a job. (Incidentally, my first job — babysitting — I started when I was twelve.)

A few of these are also actually volunteer jobs (church construction, the dog mascot, some of the telemarketing gigs, the newsletter editing), but it was hard work that I took seriously, so on the list they go.

Also, some of these (the church construction, the grocery store gigs, the lawn mower gig, the restaurant job and the work at various senior centers) have made their way into my fiction. But some I still haven’t written about yet. I should. Maybe that will become a writing exercise for me: to work through this list and write about every job I’ve done.

Anyway, here are the jobs I’ve had since I was 12.

5 thoughts on “The jobs we work”