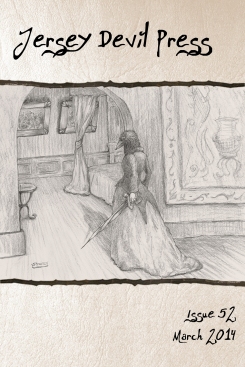 Spring is just around the corner. The flowers are starting to push up and bloom, the sun is staying out longer, the weather will start to warm soon.

But don’t worry. Jersey Devil Press has one last blast of cold, eerie darkness for you before your winter ends.

I kid, but seriously, folks, this issue has some of our finest stories. Read that first one and tell me it doesn’t take your breath away.