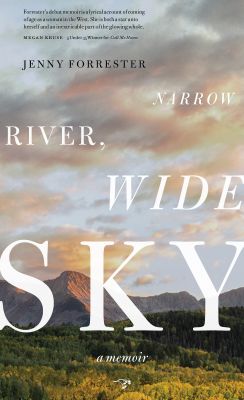 On the Colorado Plateau between slot canyons and rattlesnakes, Jenny Forrester grew up with her mother and brother in a single-wide trailer proudly displaying an American flag. Forrester’s powerfully eloquent story reveals a rural small town comprising God-fearing Republicans, ranchers, Mormons, and Native Americans. With sensitivity and resilience, Forrester navigates feelings of isolation, an abusive boyfriend, sexual assault, and a failed college attempt to forge a separate identity. As young adults, after their mother’s accidental death, Forrester and her brother are left with an increasingly strained relationship that becomes a microcosm of America’s political landscape. Narrow River, Wide Sky is a breathtaking, determinedly truthful story about one woman’s search for identity within the mythology of family and America itself.

I’ve been eager for this book ever since first meeting Jenny in Portland a handful of years ago, and the more I heard her read at literary events around town and got to know her as a person and as a champion of literature — especially literature by everyone who identifies as a woman or gender-nonbinary, including through her renowned reading series Unchaste Readers — the more excited I was to see this book in the world. And now it’s finally going to be here!

The official release date is May 5, when Jenny will celebrate her new book at Powell’s City of Books in downtown Portland. I had planned on making the trip down there for her celebration, but it turns out I have a conflict that day — but I was thrilled to learn that there’s another book event a few days later up in Seattle, closer to my home, and I will be there to cheer on Jenny on May 8. 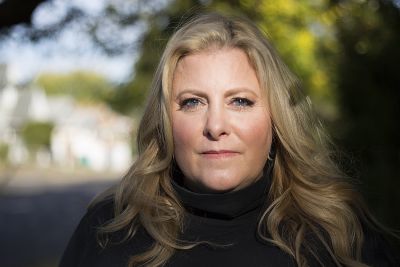 But that got me wondering where else people could find Jenny and her book, because folks, I want as many people as possible to not only read her book but also get to meet Jenny in person — she’s an amazing, inspiring woman, and seeing her in person is something everyone should get to experience.

So here is a breakdown of her upcoming book tour, gang. I pulled this list from the events calendar at Hawthorne Books, but in my version, I’m linking to the FB event pages for each appearance so you can not only set yourselves reminders but also invite all your friends.

Portland, OR: Powell’s City of Books

BONUS: After the reading, join Jenny and friends at Ringler’s at 1332 W Burnside (across the street from Powell’s) for beer and cake!

BONUS: This is the event I’ll be at. Come join me!

BONUS: Back on home-turf, at famed and beloved Broadway Books!

Not seeing your town or favorite bookstore listed here? Contact Hawthorne Books and ask how to invite Jenny to come read near you! Can’t make a reading but want a copy of Jenny’s book? Order your copy through any of the links at Jenny’s website, including Broadway Books or Powell’s Books! Want a sneak preview? Check out the excerpt in Portland Monthly magazine.